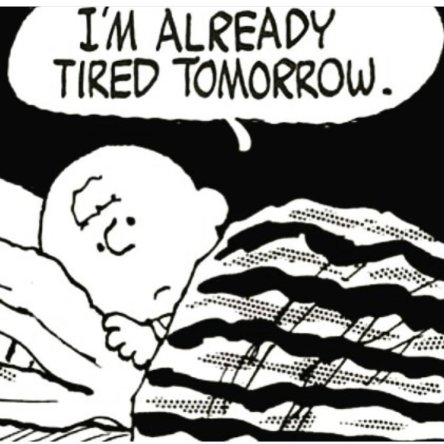 The words battered at me.

“No. You need to focus on our own members, not on reaching out.”

“We won’t risk anything for outreach.”

“We need to keep the church open long enough to bury the little old ladies. Then we can close.”

“That doesn’t count because they don’t give any money.”

For about a week straight, my church leadership effectively told me my job here was to babysit the members until we closed the church. I was to risk nothing – not even time – on outreach, unless it was a sure thing. And as long as it didn’t mean I wasn’t babysitting our members. I was told that our purpose here was to stay open until we buried a requisite number of people, and then close the doors.

To the point that Thursday I met with my pastor, a man who shepherds a nearby congregation. My plan was to request another congregation. If my leadership’s plan was to just stay open long enough to close, they don’t need me for that. If all they want is a babysitter, let’s get them a babysitter.

I said it to some of my friends: “I’m done.” END_OF_DOCUMENT_TOKEN_TO_BE_REPLACED

And now it’s stuck in your head. You’re welcome.

Today we hosted our annual Neighborhood Cookout. It’s a great day every year. The church provides free burgers and hot dogs. We provide live music (this time a guy doing covers of classic rock). There’s a bounce house. Games. A few local agencies have booths (for instance, our teen center). The neighborhood generally shows up. In fact, in the last couple of years, people in the neighborhood look forward to it and it almost becomes a neighborhood pot luck, with people bringing a dish to share.

But, before the neighborhood can show up… they need to hear about it. So we go out and hand out invitations to neighborhood homes. We knock on doors, and give a simple invite: “Hi! I’m Jon from St. Smithins (not our real name), and we’re having a free cookout next week! Just wanted to give you an invitation. Thanks!”

A couple weeks ago we headed out, with the goal of handing out invitations to 500 homes. And my eldest son accompanied us.

Wow. He was eager, walking swiftly to homes, knocking on doors solo, and inviting person after person. He would spot someone walking on the sidewalk and launch himself forward to invite them. He’d come back, proud. “Did you see, dad? I invited them.” And no one said no to this nine-year-old boy. I was so proud of him.

And today. Today, as members and neighborhood folks milled around, as we yakked over burgers and while listening to the live music, as we watched our kids jump in the bounce house and try their hands at the frozen t-shirt contests…

My boy was there again. Inviting. He told people they should come to church. Fearless. Eager. Ready.

Oh, my boy. I wish I had your courage. I am so proud of you. END_OF_DOCUMENT_TOKEN_TO_BE_REPLACED

Only the Gospel converts. Only the good news that Jesus loves sinners, of whom I am the worst – only that good news creates faith and strengthens faith. And on a night like Christmas Eve when we have more visitors and occasional members, that message must right forth. That doesn’t mean the Law shouldn’t be preached – we need to hear why the Gospel is so amazing, after all – but the Gospel must take center stage.

And really, isn’t that the center of Christmas? That baby is God! Here he is, stepped into his own creation, to this dirty, broken place, to be broken in our place. This Child will be stricken, smitten and afflicted. We will esteem him not. And yet, by his wounds are we healed!

So tell me this: For a preacher who revels in the Gospel, who marvels at the love of God for a broken sinner like me, why is it that my drafts for sermons on both Christmas Eve and Christmas Day are so law-heavy?

“Trash Sunday morning. It doesn’t exist anymore. There’s nothing there. Now, starting from scratch, redesign the entire Sunday morning experience with two goals: 1) Introducing Jesus to someone who has no clue who he is, and 2) Strengthening the faith of our members and visitors who already know him, no matter how well they already know him. Go.”

We’re walking the path to becoming “an outreach church.” For the last several years, while we’ve certainly held outreach events and God has certainly laughed as he’s blessed us with people who want to join the congregation, we’ve not exactly been focused outward. One member told me with a straight face, “If someone wants to come here, they have to change to be like us.” I want to point out here, that this same member is not afraid to tell me to change God’s Word if it means keeping a member. He’s more concerned with “the way things have always been” than doctrine.

I also want to make clear that there are certain non-negotiables. I constructed the question to be as broad as possible to start discussion… but I suspect I’ll be pulling back from more radical changed, depending how creative people get. Non-negotiable number one: the center of the service is still the proclamation of the Gospel. Period. We do not change doctrine. We do not change God’s Word. I don’t care if the Gospel or closed Communion or original sin is offensive and scares people away; these things are non-negotiable.

But today, in our “little” evangelism group, we asked the question… and got some responses I didn’t expect. END_OF_DOCUMENT_TOKEN_TO_BE_REPLACED

“Would you say we’re good at being a family here?”

The church president nodded at my question.

“Families know each other, right?”

“How many of the confirmation students from about a month back can you name?”

“Hey, it takes two! If they want friends, they need to come to me!”

I nodded. “I expect mature Christians to act with more maturity than teenagers.”

Well, he was unhappy with me.  END_OF_DOCUMENT_TOKEN_TO_BE_REPLACED 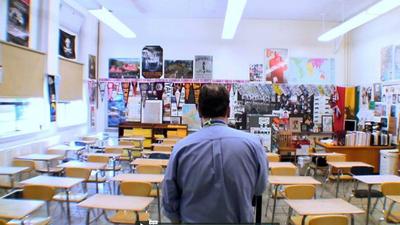 Last week we started the next round of Bible Information Class, the usual gateway into membership for our church. I use a program that’s designed to run thirteen sessions, making it long enough to be a commitment but hopefully not so long as to cause a problem. As per usual, I had several people express solid interest.

Tuesday night… three people show. All of them already members.

Sigh. We’ve been through this before, you know. Oddly enough, I didn’t get too down. I asked the three if they’d be willing to skip this week; I’d reapproach those who had expressed interest, and next week we’d try again and if it was just these three, we’d just move forward.

A young woman who wanted to come has family stuff starting right when the class was intended to start. Can I meet at a separate time? First off, I know this young woman’s family – she’s not making an excuse. (Or if she is, it’s an excuse backed up by fact. Her mom does stuff like this.) Well, OK. So I’m meeting separately with her. Oh, and she’s bringing three friends with her now. So instead of one young woman in the evening for the sessions, I’ve got four teens coming in the afternoon. Get the feeling God’s laughing?

One gentleman who’d expressed interest in coming… his work schedule is erratic. He works a manual labor job where you work until you’re done, which means he really can’t commit to anything regularly in the evening. What do you know? He approached me today in church and asked if we could meet in the mornings.

Oh, and three more non-members have approached and asked if it was too late to join the evening sessions.

So, this week we start a triple-whammy of Bible Information Classes. During Lent. Oh, also during a pretty rigorous all-member-visit.

Which means God is blessing me and laughing at me and handing more people saying, “Hey. These are people I’ve chosen. Teach them about Jesus. Teach and baptize and show them what I’ve done for them.” And that always happens in God’s timing – it certainly doesn’t happen in mine!

It also means I’m going to need wisdom in balancing all my responsibilities. Thankfully I’ve got a wife who both understands my duties – both as a pastor and as a husband and father. She’s not above taking out the rolling pin and beaning me across the head if she needs to. And sometimes I need that.

Not everything is sunny and cheery here, of course. We’ve still got one man very angry for me standing on God’s Word. (Oh, and he’s being petulant, too! Joy!) Some people are really resisting the every-member-visit and I’m concerned what the ramifications may be. I suspect I’ll be posting more on that as it develops, but in short the every-member-visit will include some parts on God’s Word being the only guide for life and faith. I have a suspicion that’s going to rub some people the wrong way. (For those who are WELS reading this, our congregation is not using the Synod materials for reasons specific to our congregation.) We recently closed our child care and are once again floundering for identity.

And if he uses me to do it? How awesome is that?

This is not a good time to lose your train of thought.

Yesterday I slipped into the sacristy as the congregation sang the last verse of the pre-sermon hymn. I grabbed a sip of juice from the glass my wife left for me. I closed my eyes to pray for blessing on the sermon as I usually do.

Instead, I saw that empty back pew. The pew where the older teens usually sit when they’re at church. The pew that should have been filled, based on what several teens had told me.

It stuck in my craw. I had to physically shake the thought out of my head. Now was not the time to ponder. Now was the moment to concentrate, to focus my thoughts so I could bring God’s Word to God’s people that were present. It does no good to preach at people who aren’t there – and in fact, it does quite a bit of harm. END_OF_DOCUMENT_TOKEN_TO_BE_REPLACED