Sexual Morality in a Christless World
by Matthew Rueger

Who cares what the Bible says? Most people don’t, unless it backs them up with what they want. In such a setting as ours, does the Bible have anything worthwhile to say about sexuality? Matthew Rueger is a pastor who has been invited to speak at public university classes about sexual ethics for years now, and he takes what he has learned about speaking about sex in such a hostile environment and shares it. He walks through misconceptions, good ways to share the truth, and a whole passel of amazing footnotes that backs up what he says.

First off, this book is awesome. It would be so easy for a book like this to focus on law, law, law. After all, the word “morality” is right there in the title. However, Rueuger clearly revels in the Gospel and longs to give forgiveness. He offers mercy for the broken. He points to Jesus for life. Instead of a book shouting “Clean up your life!” or “Look at those terrible sinners!” it says, “Jesus has made you new. He has forgiven you. How now shall we live?” I love that.

Every section returns over and over to Jesus. In an early section looking at the well-documented actions of Roman emperors, Rueger talks about Tiberias, who practiced pedophilia. “This was the Roman Emperor in power when Christ was crucified. When the Jews shouted at Jesus’ trial that they had no king but Caesar (John 19:15), this was the Caesar whom they were willing to serve. Jesus was a greater offense to them than Tiberias” (28). END_OF_DOCUMENT_TOKEN_TO_BE_REPLACED

From the beginning of brokenness, the Father and the Prince made a plan. The Prince would enter the world. He would rescue it, by offering himself up. And part of that plan was telling people about what was coming. Through centuries the Prince whispered that he would come. That he would crush the head of the serpent. That he would be crushed for our iniquities. Through prophets he spoke, so that the people would be ready. And some… they listened. They valued the message. They held on to it. They held it close. And they waited. They ached to see the Prince come and keep all his promises. But when he finally came… he was rejected.

The man named Caiaphas awaits in the Sanhedrin chambers.

The Sanhedrin: The ruling council of the Jews, made up of seventy-one elders. And this is where they ruled. This is the chamber that his father-in-law, Annas, had made great. And though Annas’s term was up, he still controlled much power through Caiaphas. But he and his father-in-law had a glorious goal: Preach the Law that God had given them. Wait for the one that was promised, wait for the one who would bring them freedom, and teach the Law.

The oil lamps have been lit, and their flickering light fills the open-air gathering place. Caiaphas prowls the chamber, waiting for the soldiers to return. They were supposed to go and arrest Jesus.

It was time to end this. END_OF_DOCUMENT_TOKEN_TO_BE_REPLACED 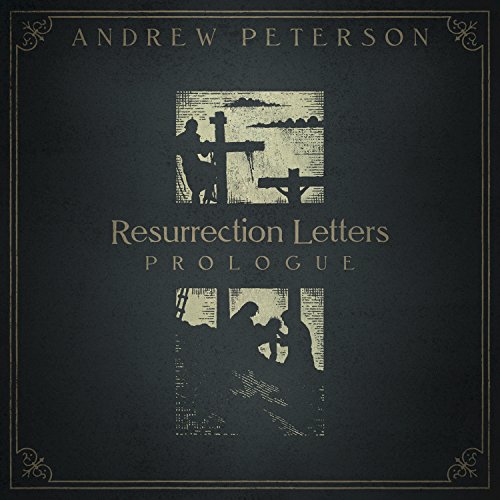 You cannot have Easter unless you have Good Friday. Through five songs that begin with the last words from the cross, Andrew Peterson guides the listener to consider the impact of the cross and linger at its foot, watching until the stone is rolled into place and waiting for what will come next.

So, this is different for me. Usually I review books that I’ve read in pursuit of being a better pastor. Here I am with an album! Why would I do that? END_OF_DOCUMENT_TOKEN_TO_BE_REPLACED 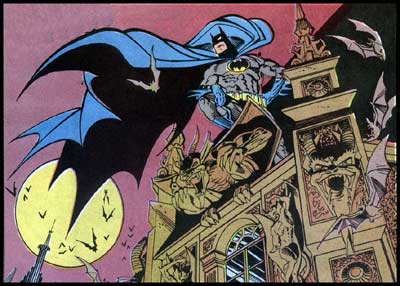 I wish worship at my church was more like a comic book.

So, if you were to try to get into comics, you would be met with some very different options. Some comics have been going on for well over fifty years. Action Comics, which has normally featured Superman as the main character, will soon celebrate one thousand issues.

That’s a lot of comics.

Some of these long-running comics can be near impossible to pick up without having an incredibly long history with that particular comic (and sometimes the entire company), a lot of patience and time on Wikipedia, or a willingness to have no idea what’s going on. I think about certain eras of X-Men in particular for this, though pretty much any long-running comic series can have this problem. It’s just not accessible; there’s so much continuity, character histories, and plotlines to follow! It’s like it’s a club only for the initiated. END_OF_DOCUMENT_TOKEN_TO_BE_REPLACED

Listen, for what I am about to tell you is true. It is the heartbeat of the world. It is your heartbeat. These things are true, and they are the only reason we have hope. It is the heartbeat of the Bible, and every verse, every syllable leans in toward this story: The story,the true story, what happened in history with real people with flesh and bone and blood and hopes and dreams. The Fall of Christ.

Chapter One: The Beginning of Sorrows.

The Prince sat on the Throne in the City of Light, and he looked toward creation. His creation. His love. And what he saw was sorrow. His creation rejected him. And rejecting him meant they rejected every good thing, for every good gift comes from him. He and the Father wove a plan. It held a high cost, a dear cost, but it would be enough to redeem the entire world, to bring it back to them, to grow joy where sorrow had laid down deep, deep roots. The Prince was willing to pay that cost. 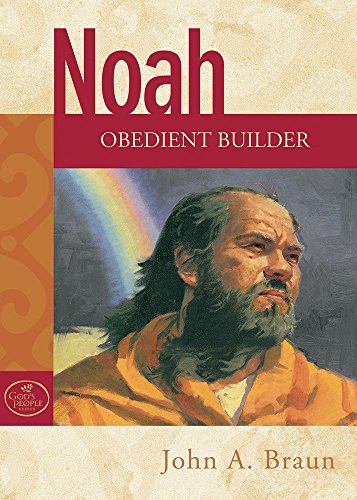 Northwestern Publishing House has this nifty series called, “God’s People.” Each book is relatively slim (this one’s only forty pages!), and keep the focus on one of the heroes of faith. These aren’t novels, though, nor historical fiction. If you’re looking for that, you’ll have to look elsewhere. This is far less imagination and much more, “What does God’s Word say about these people?” and then conveying that information in a narrative frame. END_OF_DOCUMENT_TOKEN_TO_BE_REPLACED 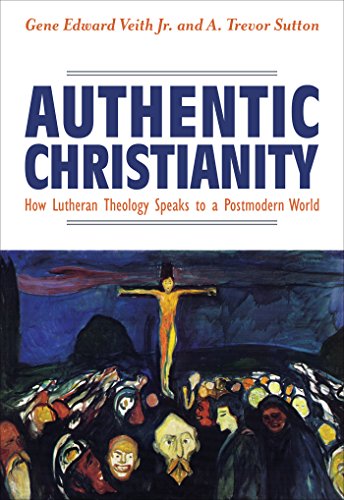 Authentic Christianity: How Lutheran Theology Speaks to a Postmodern World
by Gene Edward Veith Jr. and A. Trevor Sutton

People are burned out on churches. They’re taught that things are a matter of opinion, and what churches teach are spiritual, divorced from “hard reality.” Is the answer for churches to update what they do to try and reach the current culture? Authentic Christianity proposes something different: Teaching what Lutherans have taught for hundreds of years. It tackles big modernist and postmodernist beliefs, and shows how Lutheran theology perfectly answers both.

I’m not sure that the subtitle fits. While it does talk a lot about postmodernism and how it shows up in our world, as well as the vestiges of modernism that still attack, the focus seems to be in… a slightly different angle. Much of this book shows how Lutheranism is a physical religion that takes real things and deals with them in real ways. It shows how Jesus became flesh. It shows that the body is not a bad thing. That God chooses to become physical. The book then explores how that effects life in many, many ways.

Now, to be clear, I am not saying the book is bad. It was very good and gave me a lot of things to think about! I’m just saying I’m not sure the subtitle was the best choice to reveal what the book was about. (To be fair, a book talking about how Lutheranism combats neo-gnosticism probably wouldn’t sell well.) END_OF_DOCUMENT_TOKEN_TO_BE_REPLACED